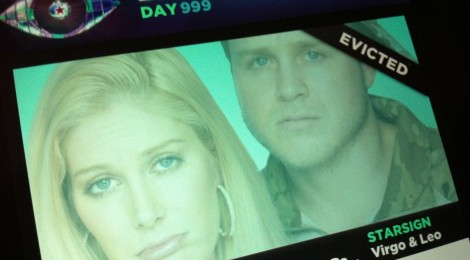 Terence Chisholm / 27 January 2013 / Comments Off on It’s official: Terence is a Big Brother reject / in the life, london

After two tries in one week, it’s official… Terry is a Big Brother reject! Trying to get in to see a filming of the UK’s first big reality show proves harder than any sane person can bare. Myself included.

On the train now, back to the flat, to watch the final in the comfort of my warm heated living room… and slightly bummed out by the whole experience of trying to see 2 different episodes live this week.

So how can a 14 year old show create such demand and still captivate the public – who wait in line for hours in the below freezing weather of one of Briitian’s coldest winters ever?

But for fans like myself the answer is easy. They got some crazy Americans on the show. Not just one, but two. A married couple. A couple that apparently caused controversy in the states when they appeared on ‘The Hills’ (an American semi-reality has TV show on MTV that was meant to show the lives of people who moved to LA)… Heidi and Spencer. The perfect villians. The ones that no one likes but they have to watch regardless… just to see what a mess they might create for themselves and their show. And the role of the vilian is one they have had for years. Fast forward a few years, and you find hem on the UK trying to retain that role in popular culture, even if its UK culture, rather than stateside.

But who cares about about all that stuff…

Here in the UK they made a normally boring show brilliant with crazy, bitchy, insane episodes where they stirred up things so much and upset their house-mates with increasingly aggressive and upsetting confrontations with game players who would have preferred to have played it safe.

Controversy is what gets ratings.

And for giving us that, I love them!

Of course if someone else like Rylan wins that’ll be OK too.

Either way, I’ll be watching from home… As they over book tickets to see filming episodes… then say things like come back on Friday, give us your ticket and we will send you priority tickets. Fucking liars.